Utterance on an upbeat and a low-key guitar swings in. Whose voice is this? you wonder. Her smooth inflection jogs your memory: this is Taylor Swift. On “Mine,” the first single from Speak Now, Taylor’s maturity shines through—as songwriter, singer, and, well, Swift.

If you aren’t one of the scores who’s already downloaded “Mine,” you can hear it here. 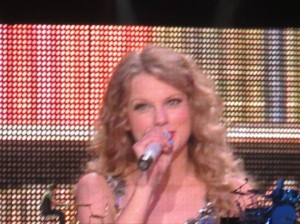 At first listen, it’s clear that “Mine” has broken from the standard Taylor mold. It involves romance and a guy—elements of many of her songs—but beyond that, it tackles uncharted territory. The music feels laidback, bereft of anger or urgency; her vocals are enhanced by background singers (mostly male); the protagonist is pragmatic, collaborative, and without vengeance. Yeah, that’s new Taylor alright.

A relatable story about a more-adult relationship and how one person,
“the best thing that’s ever been mine,” can make a real, stable relationship feel possible, no matter how emotionally vulnerable you are. One of my favorite lyrics is, “Do you remember all the city lights on the water?/ You saw me start to believe for the first time.” There’s a quiet intimacy in this line; a revelation that feels more mature than the less nuanced declarations of love as found in earlier songs. 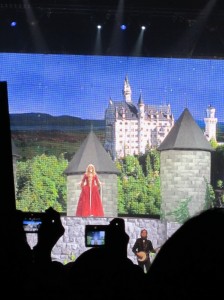 Where the fabled “Love Story” concedes that “this love is difficult but it’s real/ Don’t be afraid we’ll make it out of this mess/ It’s a love story, baby, just say yes,” “Mine” tells us how and why it’s difficult, and exposes her vulnerability. After “flashing forward” to her adult relationship with the “Mine” guy, she admits, “But we got bills to pay/ We got nothing figured out/ When it was hard to take/ Yes, Yes/ This is what I thought about” and returns to the chorus where she focuses on what’s good about her relationship. She sings, “Every time I look at you it’s like the first time.” Truth in power of positive thinking? Sure. Instant therapy? Absolutely.

In the bridge, she rethinks a defining line from “The Other Side of the Door,” a landmark track on Fearless Platinum about a frustrating distance between two people who aren’t communicating their true feelings to each other.

And I remember the slammin’ door,

And all the things that I misread.

So babe if you know everything

Tell me why you couldn’t see

That when I left I wanted you to

“Mine” takes a different approach:

And I remember that fight, two-thirty AM

You said everything was slipping right out of our hands

I ran out, crying, and you followed me out into the street

From “Door” to “Mine” Taylor has made some progress. The guy in “Door” obviously doesn’t and cannot know what she wants because she’s afraid to reveal her true emotion (“I said leave but all I really want is you”), but in “Mine,” her partner understands her vulnerability because she’s revealed herself to him. I can’t say whether Taylor Swift (the real person) has personally changed—I suspect she’s been “Mine”-mature all along—but her perceptive ability as written into this song is brilliant.

She doesn’t need that white horse—because it wasn’t the horse (or the guy with the horse) who could turn her life into fairy tale. Now, she’s found an adult relationship (as further evidenced by the line, “And there’s a drawer of my things at your place”) and is proud of it. “Mine” shows Taylor’s embarked on crafting a new narrative for herself—a story more tangible to most of us.

Speak Now will be available October 25.